Earlier this week, the actor Anthony Rapp alleged that Kevin Spacey made a sexual advance toward him in 1986, when he was 14 years old. After Rapp’s allegation, Spacey released a statement in which he claimed not to remember the incident in question and also came out as a gay man. Since then, others have come forward with further allegations against Spacey, including the filmmaker Tony Montana, who said that Spacey groped him in public in 2003, and the actor Roberto Cavazos, who said he witnessed Spacey court and inappropriately touch younger male actors at the Old Vic Theatre, where Spacey was the artistic director from 2004 to 2015.

After Rapp’s public statement, a man who was friendly with a member of the New York staff approached the magazine to talk about Spacey. At the age of 14, he says, he began a sexual relationship with the actor, who was then 24, that ended with what he describes as an attempted rape. The man is now a 48-year-old artist living on the East Coast with a long-term partner, and he wishes to remain anonymous. “I have worked really hard to have a nice life and feel safe, and I’m not giving that up for him,” he told me, sitting outside on a park bench. “I don’t want them to be able to find their way back to me.”

He first met Spacey in 1981, when the actor was a guest teacher at a weekend acting class he took in Westchester County; he was then a 12-year-old student. Spacey was 22 and working in the New York theater scene. They met again by chance in line at Shakespeare in the Park in 1983, when the student was 14 years old; Spacey had made his Broadway debut in Henrik Ibsen’s Ghosts the year prior. After that meeting, he says, Spacey gave him his phone number, and the two began a sexual relationship.

Following Rapp's revelation, Netflix canceled the program House of Cards, which Spacey stars in. On Friday, CNN reported that eight crew members from House of Cards claimed being sexually harassed by Spacey.

The accusations against Spacey are part of a sex abuse allegation overhaul that began when dozens of women went public claiming they were sexually harassed by Hollywood production mogul Harvey Weinstein. A New York Times exposé dated October 5 kickstarted the firestorm of accusations.

Some other big names have been accused of sexual harassment and similar offenses. The Weinstein revelations and the MeToo social media campaign have given a number of sexual assault victims the courage to come forward.

The sweeping trend has even reached overseas to Great Britain. On Wednesday, U.K. Defense Secretary Michael Fallon stepped down amidst sexual harassment allegations. Fallon wrote in his resignation letter, "Many of these have been false but I accept that in the past I have fallen below the high standards that we require of the Armed Forces that I have the honor to represent." 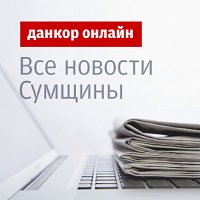